How Does a Snake Reproduce ?

Snakes are one of the most controversial reptiles in the world. Some fear them, while others adore them to the point of owning them as pets. This reptile has its own characteristics that make it an animal as fearsome as it is fascinating. One of the factors that intrigues most people is its reproduction method.

In this article, we will discover how snakes reproduce, how fertilization takes place and how the female gives birth.

Before explaining the reproduction in the snake, it is important to remind you the basic characteristics of this reptile.

Characteristics of the snake

There are nearly 3600 species of snakes on earth. This great variety offers a great number of differences between each species. Indeed, some are only a few centimeters long while others can be several meters long. The defense mechanism is also different, some bite their prey to inject venom while others use their rings to strangle them.

However, some characteristics are common to all snakes, such as the fact that they do not have legs, that they have an elongated body or that their skin is covered with a layer of scales to allow them to protect themselves and climb on different surfaces.

All of them are also vertebrate animals, although the number of vertebrae depends on the length of the species. They have a very poor sense of hearing, which is compensated by their incredible sense of smell and their thermoreceptors that allow them to detect temperature variations.

Finally, snakes are carnivorous animals that feed on different prey, as you will see later. Now that you know the basics about snakes, you will learn about their method of reproduction.

Where do snakes live ?

Snakes are spread across almost the entire planet, as they live on every continent. In general, the species are more numerous in warm places, such as tropical or subtropical regions. This is where the greatest diversity of species is found.

However, there are some species that are resistant to the coldest climates, such as the Aspic Viper, which can be found in an extremely cold climate such as the Arctic Circle. Snakes do not generally live in large urban centers, although some like to move around cities and places with greener terrain. There are terrestrial and aquatic species, the latter living in rivers and swamps.

What do snakes eat ?

As we said before, the snake is carnivorous. It feeds on other animals. Thanks to its specific jaw, it can swallow prey up to three times its size. The hunting technique depends on each species and can be divided into two categories:

The prey of the snake can be very varied: whether it is insects, small mammals, larger animals or even other snakes. Since it lacks teeth, it swallows its prey whole, resulting in slow digestion. This is why the snake sometimes goes a long time without hunting, because the digestion can take several days, even months. For parts like bones that it can’t digest, it regurgitates or excretes it afterwards. 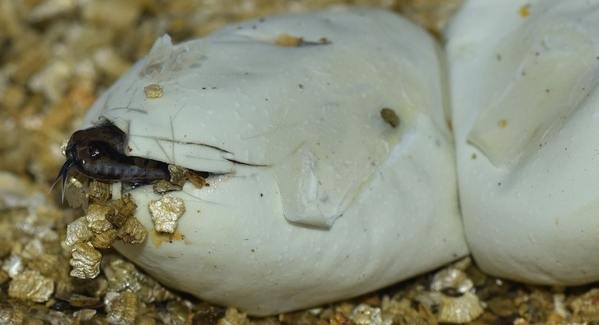 Depending on the species, the female can either lay eggs or give birth to her babies directly in her body (placental way). Therefore, we can distinguish three types of snakes according to their method of reproduction:

Most snakes are oviparous, which means that they do not give birth to their young directly alive, but rather lay eggs that will give birth to baby snakes later. Therefore, the incubation time (or lack thereof), the number of eggs as well as their size, color … are factors that differ in each species.

Oviparous specimens have an internal fertilization. The fertilization of the eggs is done by copulation with the male during which it introduces its reproductive system in the female by depositing its sperm.

On the other hand, we have a minority of species of viviparous snakes. (the most known is the Boa Constrictor). In this category, the females carry their young. They therefore do not lay eggs. The female feeds her young through her placenta. In these reptiles, the juveniles are born practically developed.

Between these two categories, we find a last species of animals: ovoviviparous snakes. This type of birth is particularly present in marine animals, like sharks for example. This category is a little bit special because, although the females develop eggs, these remain inside them.

How do snakes mate ?

Snakes have a sexual reproduction that involves copulation between a male and a female. For this to happen, the female sends pheromones into the air that will be picked up by the males. To detect the pheromones, the males use their forked tongue which, connected to the Jacobson’s organ, can detect its particles in the air. The difficulty with these reptiles lies in knowing if they are facing a male or a female. Indeed, as soon as the female releases her pheromones, all the males in the vicinity join her. And, in the case where there is one female for several males, the latter may show aggressive behavior and fight.

How do snakes reproduce sexually ?

To attract the female, the male uses body movements. He may wag his tail or adopt specific positions, such as holding his head. He may even behave aggressively by biting the female or simply rubbing against her.

When the female is ready to mate, the two snakes coil together. Between the time of copulation and courtship, the process takes several hours.

In snakes, the male’s reproductive system is composed of hemipenis. These can have several forms, namely twisted, ribbed or hooked. It is this organ that they introduce in the cloaca of the female at the time of the mating to fertilize her.

The cloaca is a cavity which is located at the end of the digestive tract, also used to urinate and evacuate the excrements. In the case of the female, it also allows the sperm to unite with the eggs to form an embryo.

Once the sperm is deposited, the male snake disappears into the wild and will probably never see the female he mated with again.

How many eggs does a snake lay ?

When we talk about laying eggs, we are referring to oviparous or egg-laying snakes, as they are the only ones that lay eggs. Once the eggs have formed inside the female, she lays them outside. Most species abandon their eggs once laid, without incubating them. However, some species (like the Python) create a nest to incubate their eggs.

The number of eggs laid by the female depends on the species. Some may lay only 5 to 6 eggs, while others may lay over 100 eggs in one clutch.

How Do Snakes Get Birth ?

To better understand birth in viviparous snakes, let’s take the example of vipers. The female keeps her eggs in the oviduct, where they remain until they are fully formed. A gestation lasts about 80 days, during which time the eggs are fed by their mother via the placenta.

Once the babies are ready to emerge from the egg, they hatch by breaking the egg. The maximum number of eggs laid by vipers does not exceed 6 eggs. 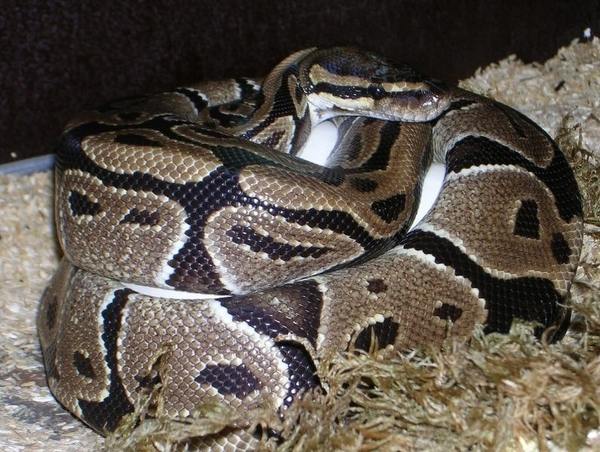 To understand the birth in these species, we will take the example of the Python. As you now know, oviparous animals lay eggs and then incubate them until they hatch. This type of snakes can be very dangerous because when the female incubates her eggs, she adopts a very aggressive behavior and does not hesitate to defend her clutch.

This species is quite special because it is one of the rare species to incubate its eggs.

Other questions about Snake Reproduction

Finally, we will answer two questions that we are often asked:

Do all snakes have teeth ?

Are there snakes with asexual reproduction ?

Yes, we said earlier that all snakes are sexual animals. However, there are some exceptions like the Cottonmouth (Agkistrodon piscivorus) or the Texas copperhead (Agkistrodon contortrix laticinctus). In these reptiles, there is both sexual and asexual reproduction, resulting in self-fertilization of the eggs and causing cell division without the male having to deposit his sperm.

If you liked this article, do not hesitate to subscribe to our Newsletter. You will receive our new articles in preview.

If you are not familiar with our brand, we also recommend that you check it out. Snake Lounge™ is the first brand entirely inspired by the snake. Whether through our Snake Jewelry, Clothing or Accessories, we have tried to transcribe our passion for these fascinating reptiles.