Eastern Brown Snake: The Second Most Venomous Snake in The World

The Eastern Brown Snake, also known as the Common Brown Snake or Pseudonaja Textilis (Scientific name), is a snake in the family Elapidae. It is responsible for the highest number of fatal snakebites in Australia. It is also considered the second most venomous snake in the world, just behind the Inland Taipan.

Because it is often confused with its close cousins the Western Brown Snake (Pseudonaja Nuchalis) and the King Brown Snake (Pseudechis Australis), we have made a very detailed article about it. After reading it, you will be able to easily differentiate it from all other species.

The color of the Easter Brown Snake is very variable. Its smooth, shiny scales are usually a beautiful, even brown color, but it can veer off into orange to yellow, pale red to black, or gray to silver. The darkest specimens may have lighter shades of color on the top of their head. The ventral scales are cream, orange or yellow with brown, orange-pink or gray spots.

It has medium sized eyes shaded by a crest. Its round pupils are surrounded by an orange iris edged with black.

The fangs of this snake are quite small compared to other species, only 0.11in (3mm) on average.

Pseudonaja Textilis is a diurnal species, meaning that it is active mainly during the day. During warm periods, it is possible to see it hunting until late afternoon or early evening.

Spring is the time when you are most likely to see this species. Being also active during the mild winter days, it is also possible that you meet it at this period. This snake usually comes out as soon as the temperatures rise above 57°F (14°C).

The Eastern Brown Snake likes to roam very close to populated areas, which makes it particularly dangerous to humans. It is the most common snake found near homes in the areas where it resides.

This snake is very fast and aggressive. Like most snakes, it will prefer to avoid a duel by escaping or remaining motionless to avoid being spotted. However, if cornered, it will not hesitate to attack what it perceives as a threat. It is even capable of chasing its victim for several seconds to try to bite it.

It can react in two ways to the danger: if it is just embarrassed, it raises a third of its body and keeps its mouth closed. If, on the other hand, he perceives a real threat, he keeps the front part of Its body up in an “S” shape and opens Its mouth. Whatever the situation, there is a good chance that it will eventually bite its prey. 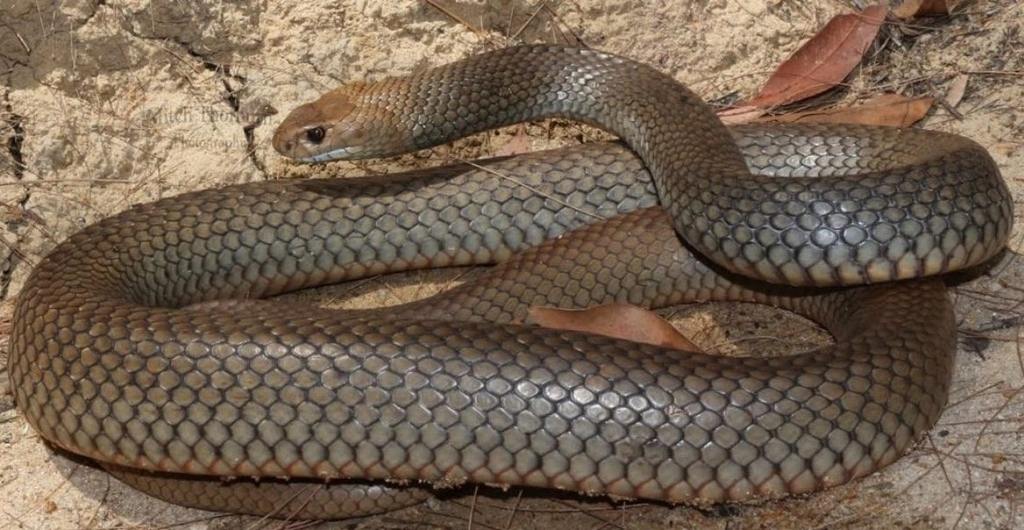 Eastern Brown Snake Venom is neurotoxic, which means that it disrupts the connections between the muscles and the brain, causing paralysis. It also has coagulant effects.

The amount of venom injected during a bite depends on the size of the specimen. Generally, a bite from a Common Brown Snake contains 4mg of venom. This may seem very small, but its poison is very toxic. One dose is enough to kill a human if the envenomation is not treated with an antivenom.

Its bite does not cause pain at the time, but symptoms can appear almost instantly. These include diarrhea and dizziness which can lead to convulsions, paralysis, and heart and kidney failure.

Fortunately, the Eastern Brown Snake often uses “dry bites,” meaning it does not inject venom. Without medical intervention, the mortality rate following a bite of this species is between 10% and 20%. These numbers are quite low when you consider the toxicity of its poison.

While waiting for help, the best way to slow down the envenomation is immobilization. For this, it is advisable to bandage the affected limb to prevent it from moving. Be careful not to tighten the bandage too much and to make a tourniquet, because inhibiting the blood circulation is not recommended.

Then go to the nearest hospital as soon as possible. The only way out is to make use of intravenous antivenom. A dose of antivenom serum takes 15 minutes to 30 minutes to be properly absorbed by the body. 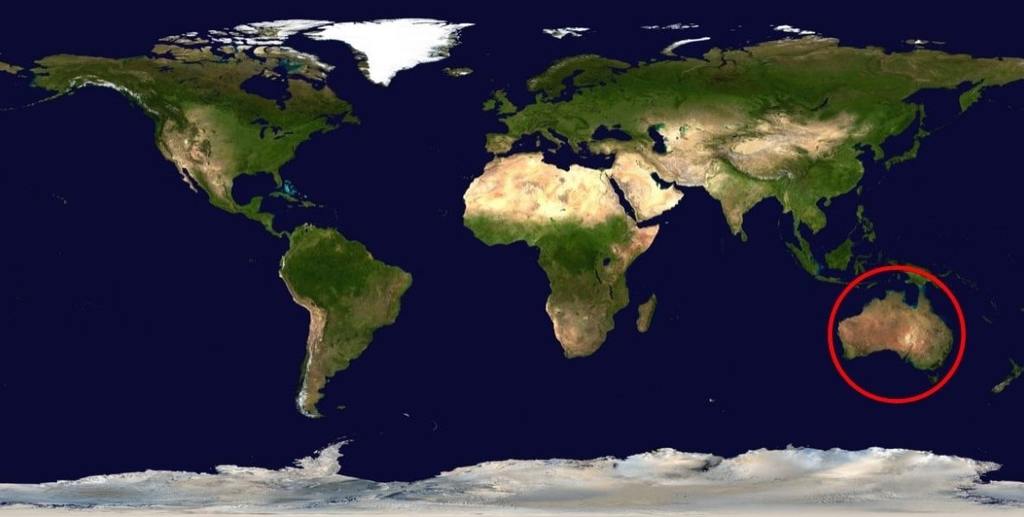 The Eastern brown Snake lives in Australia and New Guinea.

In Australia, it can be found along the coasts from Western Australia to the Northern Territory, New South Wales, Queensland, Victoria and Eastern South Australia. Some specimens also inhabit the central desert areas of the island.

In New Guinea, Pseudonaja Textilis is found in the Papua region and in the southern part of Papua province.

It likes to roam in large open landscapes such as forests, grasslands, farmlands, savannahs and dry moors. It is never found in humid places like tropical forests, as well as in swampy areas.

When inactive, the Eastern Brown Snake takes refuge under large rocks, in crevices or in burrows abandoned by other animals. As mentioned earlier, it also likes to take refuge in populated areas, especially under building materials or iron plates.

What do Eastern Brown Snakes eat ?

The Eastern Brown Snake’s diet consists of mammals, birds, frogs, eggs and other reptiles. This snake is cannibalistic, which means that it can even eat snakes of its own species. Nevertheless, the Pseudonaja Textilis prefers to eat warm-blooded prey.

The breeding season takes place during the spring. Before mating, the males may fight for several tens of minutes to determine who will mate with the female. During this fight, the snakes tangle with each other trying to knock their opponent to the ground. In addition to winning the favor of the female, the winner will also gain control of the territory.

The Eastern Brown Snake is an oviparous snake. In early summer, the female lays between 10 and 25 eggs. Then, it will take an incubation period of 35 to 95 days depending on the ambient temperature. If the conditions are favorable, the female can even lay several times during the same season.

At birth, the babies have stripes on their head and neck, sometimes with different colors from their offspring.

Despite its danger, this snake is of great use to man, especially in agriculture, as it helps to regulate the number of mice. Unfortunately, farmers are forced to kill these animals to avoid being bitten. Many members of this species also die on the roads.

They also have natural predators, like the King Brown Snake, which is immune to their venom.

Despite all this, this snake is not considered endangered at this time.

The Eastern Brown Snake is an extremely dangerous species for humans, although it is also indispensable for regulating the number of mice that infest farms. Its bite is fatal within minutes if not quickly treated with an antivenom.

If you liked this article, do not hesitate to subscribe to our Newsletter to receive our new articles exclusively.

If you’ve read this far, you’re probably passionate about these symbolic reptiles, just like us! Snake Lounge™ is the first brand entirely inspired by the snake. By creating our own products such as Snake Jewelry, Accessories and Clothing, we want to restore the image of this animal that fascinates as much as it scares. Feel free to check out our online store to discover all our high quality products.