In fact, the popularity of this creature is due to its proximity to the most symbolic of animals: the snake.

In this article, you will discover the history of the Dragon Snake through time. 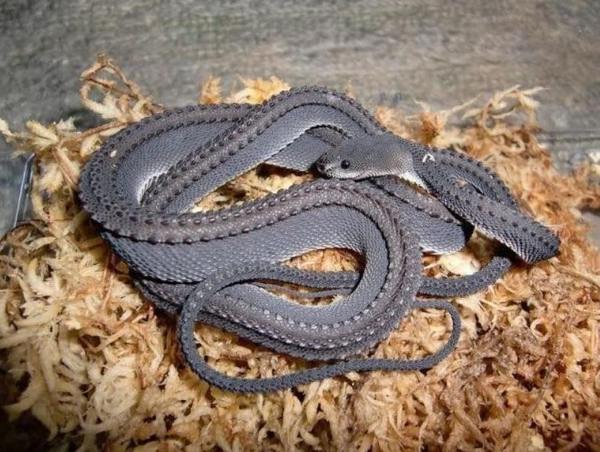 In addition to designating a fantasy creature, the name “Dragon Snake” is above all a species of snakes.

Indeed, the Dragon Snake, whose scientific name is Xenodermus Javanicus, is a reptile belonging to the family Colubridae. This non venomous snake with an atypical appearance is located in Southeast Asia. It is found more precisely in Indonesia, Brunei, Malaysia, Thailand and Burma. This species extends from the extreme south of Burma to the island of Java.

The Dragon Snake wanders mainly along waterways, such as swamps or rice fields.

This species has been very little observed, so we don’t have much information about it. However, it is known that the Dragon Snake measures about 24in to 30in. They are grayish in color and have a head that is thicker than their body.

What sets it apart from all other snakes are the 3 rows of keeled scales on its back, which gives it a half snake/half crocodile appearance. It is this characteristic that gave it its name of “Dragon Snake”.

When handled by a human, it tends to stiffen completely.

This rather rare species cannot be adopted as a pet. It does not do well in captivity, and does not survive most of the time. 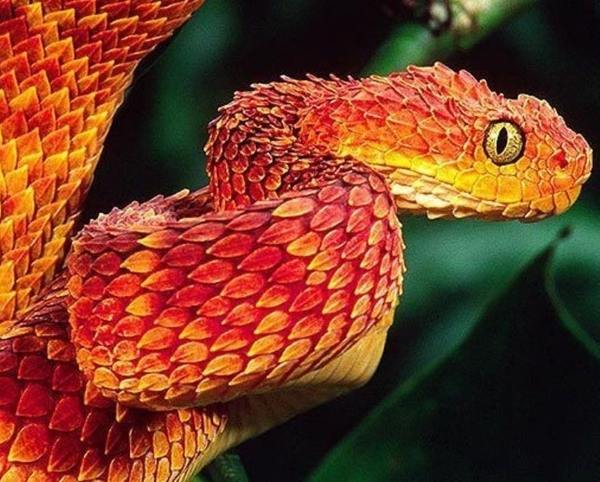 The Dragon Snake is the only species of the monotypic genus Xenodermus. It has no subspecies currently recognized.

This reptile is a nocturnal species that feeds mainly on frogs and some fish.

Due to the lack of information about it, we don’t know much about the reproduction of this reptile. However, we know that this species is not very reproductive (hence its rarity).

Indeed, the female lays only between 2 to 4 eggs per clutch. She usually lays during the rainy season, between October and February.

Now that you know everything about the real Dragon Snake, maybe you want to know more about the origin of this legendary creature present in many stories ? Well, we’ll tell you where this association between these two mythical animals, the Snake and the Dragon, comes from.

Association Between the Snake and the Dragon 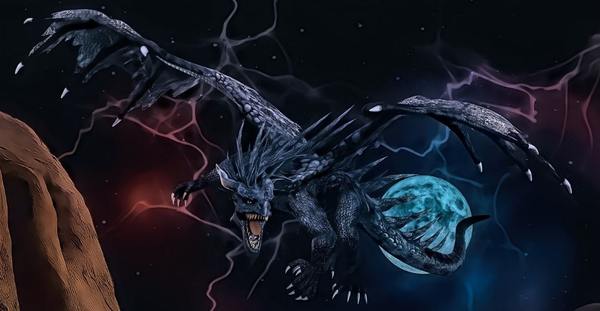 Since the beginning of time, Snakes and Dragons have always been linked. Etymologically, the name “Dragon” comes from the word “Draco” in Latin and from Drâkon in Greek.

In ancient Rome, the word “Draco” referred to a fantastic animal with the appearance of a snake and a wolf’s head. This representation was found on many Roman️ emblems.

In Greek mythology, the Drâkon was a giant snake.

For the average person, the animal that best associates with the Dragon is undoubtedly the snake. And it is quite normal, the resemblance between the two is quite obvious: both have long bodies in the form of coils and elongated necks.

The snake was also the right animal to give birth to an imaginary creature as terrifying as the Dragon. Well yes, what could be better than a beast with a frightening face and long fangs that can prove to be dangerous.

Moreover, our fear for snakes is rooted in our society since a long time. To go even further, some researchers have even detected a fear of this animal in macaques. And this reason is simple to explain: if you are afraid of a creature, you will do everything to never get close to it. And, if it is the one that approaches you, you will do everything to run away from it.

With all these fear-inducing elements, it’s no wonder that a legendary creature like the Dragon was inspired by the snake.

Dragon in the West 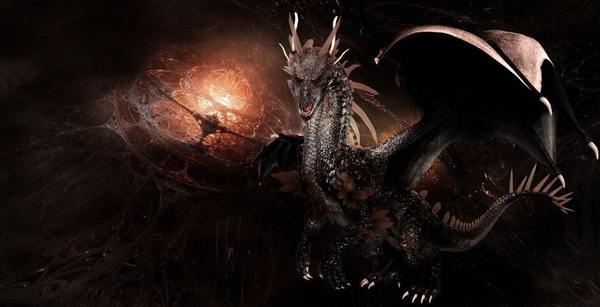 If the Dragon originates from the snake, it is not represented in the same way in all cultures.

In European stories, the Dragon is a powerful, dangerous and evil creature. In Christian culture, the Dragon represents sin or Satan. It is associated with fire since it can spit fire.

He is often found in a cave, guarding a wonderful treasure or a princess he has kidnapped. If he is hungry, he can capture sheep and eat them or cattle near him. But, this creature can also eat humans, especially young girls.

Some stories in medieval poems describe warriors, magicians or knights fighting against dragons in the hope of saving a princess. Sometimes the hero ends up killing the dragon and gets the hand of the princess. Otherwise, he fails and ends up burned.

Even today, the Dragon remains a powerful beast symbolizing betrayal, just like the snake.

Dragon in the East

In the East, the Dragon or Chinese Dragon, has a completely different representation. Unlike the Western Dragon, this one has a long body still very similar to the snake. It still has four legs with large sharp claws, long fangs and a tail. However, although it can fly, the Chinese Dragon is a wingless dragon.

In Chinese legends, this creature is often found near water, whether it is in the ocean floor, near a lake …

In Chinese culture, the Dragon is a powerful and benevolent symbol that has always been present. In the past, it symbolized imperial power and the emperor himself. It also has the power to control water phenomena, being able to invoke rain during a period of drought for example. Here, it is therefore associated with water.

The Dragon is also something good that brings luck. It can also symbolize luck, nobility, power or longevity. As you can see, he has a very different vision from the evil fire-breathing dragon that we find in Western cultures. Nevertheless, it remains a powerful creature that can become very dangerous if it feels threatened.

The Dragon is therefore present everywhere in China today. Moreover, many wore pendants with the effigy of this legendary beast, like this magnificent Silver Dragon Pendant.

Now that you know the origin of the Dragon, what do you think about briefly analyzing the most famous of them present in Mythology ?

Mentioned in the Bible, Leviathan is a fearsome creature. It dominated all other creatures of the sea. Although there are different stories about the origin and intent of this Dragon Snake, most agree that it is a dangerous Being capable of destroying everything.

Leviathan is one of God’s original creations known as a titanic Sea Serpent. Although other creatures of similar power were created at this time, Leviathan remains the most famous and dangerous of all. 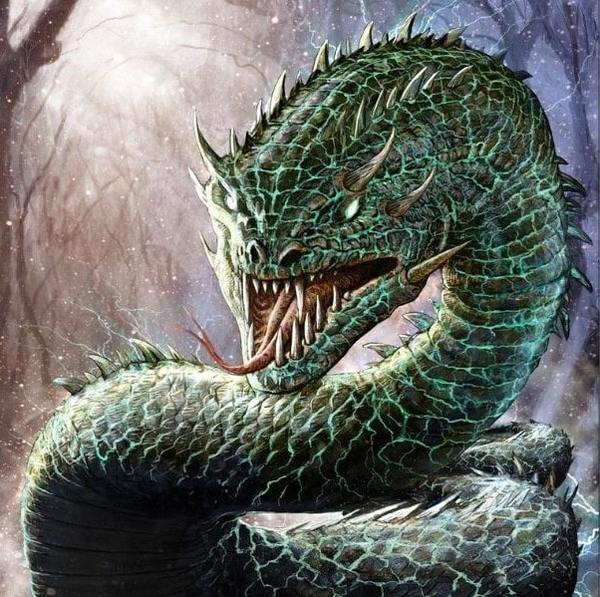 In European stories, there is a creature similar to Dragon, named Basilisk. This creature was sometimes depicted as a giant snake born from the remains of Medusa. Several authors called it the King of Snakes, and explained that it was capable of killing a man with a single glance. His gaze was seen as a death trap: if you looked at him, you could not look away from him and your end was near… 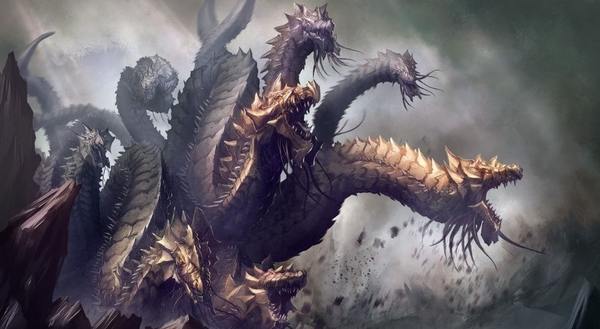 In Greek legend, Hydra was the offspring of Typhon and Echidna. This creature was represented by a water snake with 9 heads, one of which was immortal. Anyone who tried to cut off one of Hydra’s heads would see two heads come out of his wound. This creature was finally defeated by Hercules during his 12 labors. 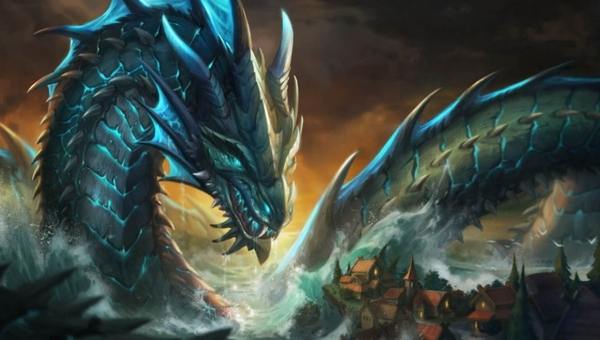 This Dragon of the Nordic Mythology lives in the depths of the seas. This monster was the biggest in the Norse mythology. Even the almighty God Thor could not defeat this creature in his battle with it.

This creature was able to encircle Midgard, the world of Men, by surrounding it with its long body and holding its tail in its mouth. This is where its name comes from, which means “Necklace of earth”. With his giant mouth, he could swallow a god or a giant in one go. 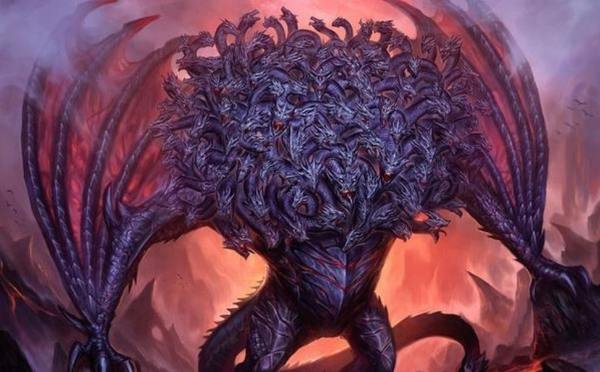 Ladon is a Giant Dragon with 100 snake heads that guards the golden apples in Ancient Greek Mythology. Each of his heads spoke a different language. This creature was the offspring of Typhon and Echidna.

It was the goddess Hera who gave it the mission to watch over the Hesperides tree. This creature was defeated by Heracles during the 11th of his works, by hitting him with a poisoned arrow. To thank Ladon for his fidelity, Hera brought him to heaven and he became the constellation of the Dragon.

So now you know everything about the Dragon Snake. If you enjoyed this article, you can subscribe to our newsletter to receive exclusive content about snakes.

If you are passionate about these mythical reptiles, then you should check out our online store. Whether it’s through our Snake Jewelry, Clothing and Accessories, this animal is both symbolic and elegant in today’s fashion.