Do Snakes Have Ears ?

Snakes are animals that raise many questions. Belonging to the order Squamata, these reptiles are vertebrates with a very specific appearance. They have very particular characteristics, such as their elongated body or the absence of legs.

Although they are originally reptiles, these animals have undergone physiological and anatomical changes throughout their evolution to adapt to their environment. One of the main changes is their ears, whose structure is totally different from other reptiles.

In this article, we will answer a question that is of great interest: Do Snake Have Ears ? 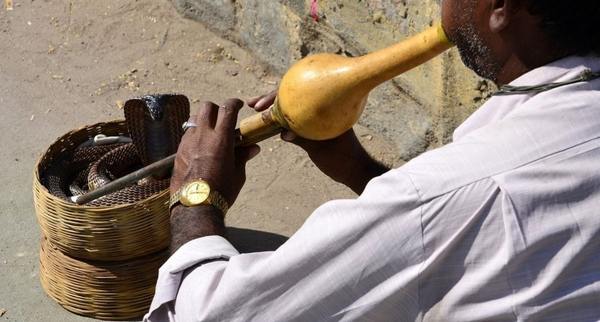 Many popular beliefs state that snakes can hear. Also, the image of snake charmers hypotonizing these animals and making them dance to a melody may lead one to believe that these reptiles can hear. In reality, it is not that simple.

Snakes are not deaf and can hear. But, unlike other reptiles, they do not have eardrums or other structures that allow them to perceive sound.

Numerous investigations have shown that our ears are sensitive to sounds produced in the air and on the ground. Although this is more limited in some species, all animals are able to perceive vibrations on the ground through the jaw bones. 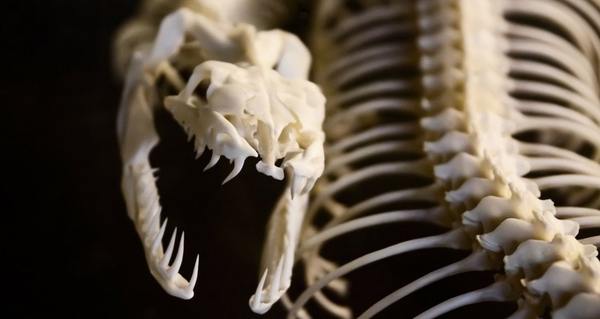 In snakes, this phenomenon is all the more present because they move by crawling and thus, by sticking their jaw to the ground. Moreover, the jaw of snakes is composed of two parts independent of each other, connected only by ligaments. This specificity allows them to ingest huge preys, which can be bigger than their head.

The inner ear of snakes is very well developed and has all the organs to perceive sounds. Through their jaws, the sound waves vibrate their skull. Moreover, they detect low frequency waves better than high frequency ones.

How do snakes hear ?

As we have explained, snakes perceive sounds from vibrations, and more precisely with the movement they produce on surfaces, such as earth or sand. Therefore, they can determine the location from which these vibrations come, even if they are at a great distance.

Now that we know that snakes have hearing (admittedly peculiar) and that they are not deaf, perhaps you are wondering what the auditory system of these reptiles is like ?

First of all, we know that snakes have neither an external ear nor an eardrum, and that they have also lost several structures of the ear. However, the inner ear does exist in these animals and resembles that of tetrapods. The only difference is in the way the sound is transmitted.

To do this, they have a bone called Columella Auris in the middle ear. This bone is quite small and thin, and is attached to the upper jaw by cartilaginous tissue and ligaments that allow it to articulate with the lower jaw. This one is connected to the fluid present in the inner ear from which come the vibrations that allow them to hear. In this way, the vibrations are transmitted through this small bone, which explains why they have one on each side.

To compare them to our hearing system, we are able to perceive vibrations from 20 to 20,000 Hz, while snakes can detect vibrations from 50 to 1,000 Hz. But even so, stimuli from any part of their body can be transmitted to the Columella through the body tissues, just as in aquatic species for example.

As you can see, the snake’s auditory system is able to detect sounds from the vibrations produced on the ground by their prey or predators. This phenomenon is called somatic hearing. They have two modes of hearing: the inner ear and the vibrations in the air and in the ground. Thanks to this, they can distinguish if what they hear is from prey or not, and adapt their behavior accordingly.

According to research, the loss of some parts of the inner ear structures comes from the fact that they certainly had a fossil or aquatic ancestor. These must have had jaws that allowed them to hold their prey and also to perceive vibrations in their environment.

So now you know that snakes are not deaf, but they do perceive sound in a different way than most other animals. If you liked this article, you can subscribe to our newsletter to receive all our new articles in advance.

If you are passionate about these fascinating reptiles, you should also check out our brand. Snake Lounge™ is the first brand entirely inspired by the snake. Because snakes are scary animals, our goal is to give it a positive image and transmit our passion for these reptiles through our Snake Accessories, Clothing and Jewelry.